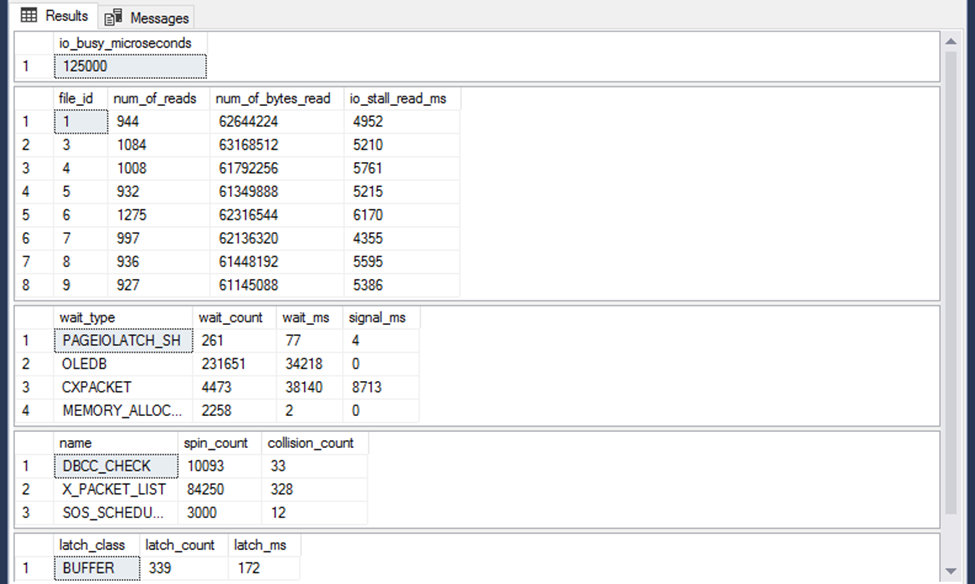 
Posted by SQL_Sasquatch at 2:47 PM No comments: 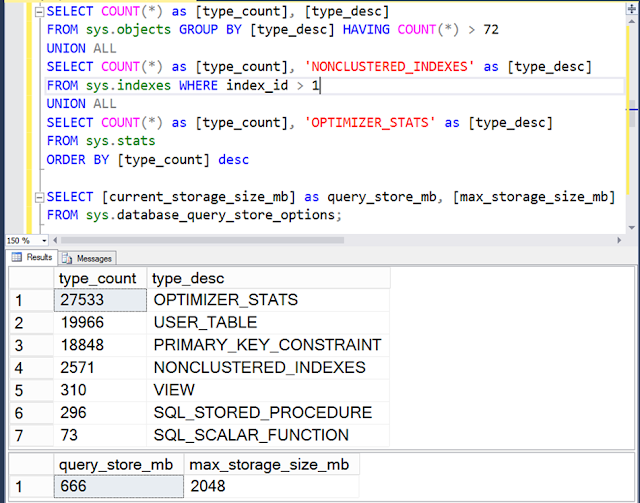 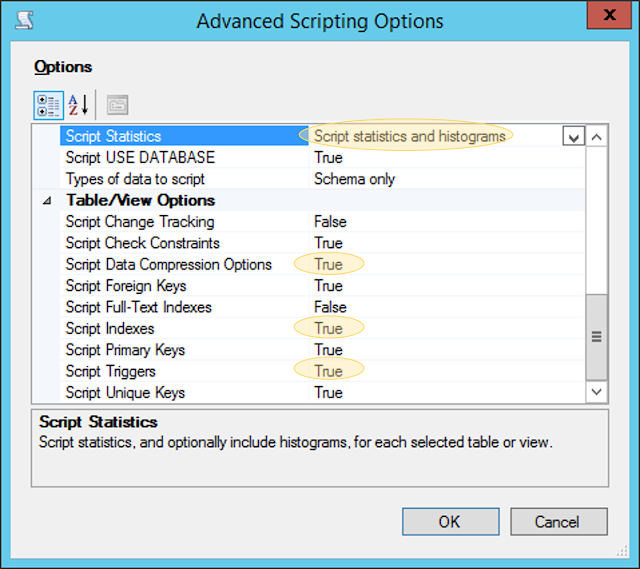 Even if security/sensitivity issues complicate sharing a clone database with Microsoft or other off-site vendors, the value of using a clone database for investigating query shape, cardinality estimates, or even query store investigation decoupled from a production database should be high.
Posted by SQL_Sasquatch at 12:12 PM 1 comment:

Posted by SQL_Sasquatch at 3:51 PM No comments:


In Oracle, there are 4 histogram types:
frequency
height-balanced
top-n frequency
hybrid
Frequency histogram: for low numbers of distinct values. If ndv < bucket count limit, then each ndv gets a histogram bucket. If ndv > limit, frequency histogram is disqualified.
Height-balanced histogram: histogram buckets with approximately the same number of rows in each bucket
Top-n Frequency: lowest value, highest value, n-2 most popular values in between as bucket end-points.
Hybrid: Top-n Frequency not qualified because N end-point values do not cross threshold to qualify.

**Update 22 October 2017**
Joe Obbish reaches the same conclusions in his thoroughly documented Stackexchange treatment.  Check it out - I usually like his stuff more than mine :-)

Why does CCI creation on an empty table request a huge memory grant?
https://dba.stackexchange.com/questions/172434/why-does-cci-creation-on-an-empty-table-request-a-huge-memory-grant

That's a big grant for something that operates on 0 rows.  When creating many CCIs concurrently, that's a problem - queries can timeout.

Might have to use Resource Governor creatively to allow high concurrency CCI creation.

Grant request is smaller if only one column in the CCI.  So I guess could create a smaller CCI and add columns.  That's also kinda painful.  I'll ask on #sqlhelp, see if anyone has something clever...

*****
So far the only things to come up on Twitter were the min_grant_percent and max_grant_percent query hints introduced in SQL Server 2012 SP3.  But...

Later I found this while looking around.

If you'll be creating CCIs at fairly high concurrency, you may also want to consider creating the CCI inline with table create, as below, in order to avoid a potential bottleneck in memory grants.