I've been working with SQL Server 2016 SP1 CCIs more lately... anything I figure out before Niko Neugebauer or Joe Obbish have given them full treatment in their blogs I'm gonna try to get in here right quick :-) Niko's and Joe's blogs are both on my 'must read list' by the way.
Niko's blog can be found here:
http://www.nikoport.com/

And Joe's blog can be found here:
https://orderbyselectnull.com/

Today I was tinkering with some CCIs... doing something that I often do: speculating about a system I haven't been able to access directly, trying to come up with theories to explain unexpected behavior.  Along the way I found something interesting I hadn't heard anyone mention: a tipping point for count(*) aggregate pushdown against a CCI.

Here's a quick repro if you want to follow along.

Let me walk through it quickly.

I use Itzik Ben-Gan's getnums function a lot, so I'm more than happy to keep citing it :-)

So create the getnums function and the Tipper CCI in my database. 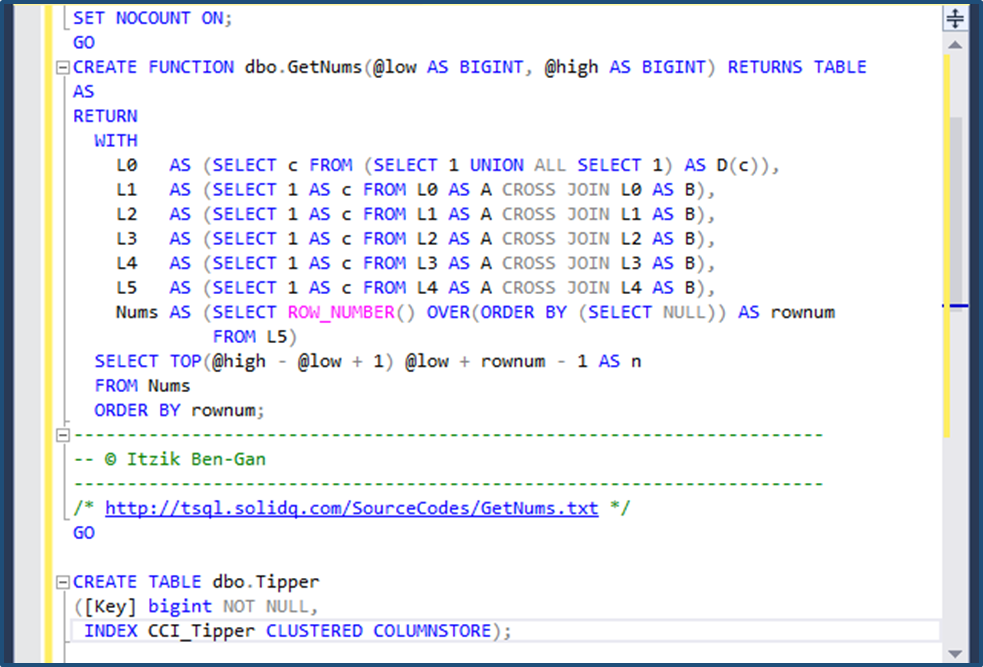 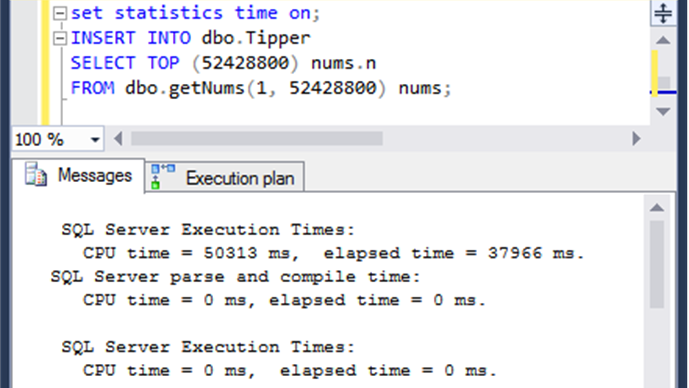 Now lets create fullscan stats on the [key] column.  Fullscan stats and values starting at 1, incrementing by 1 give a little more predictability to row estimates in the plans. 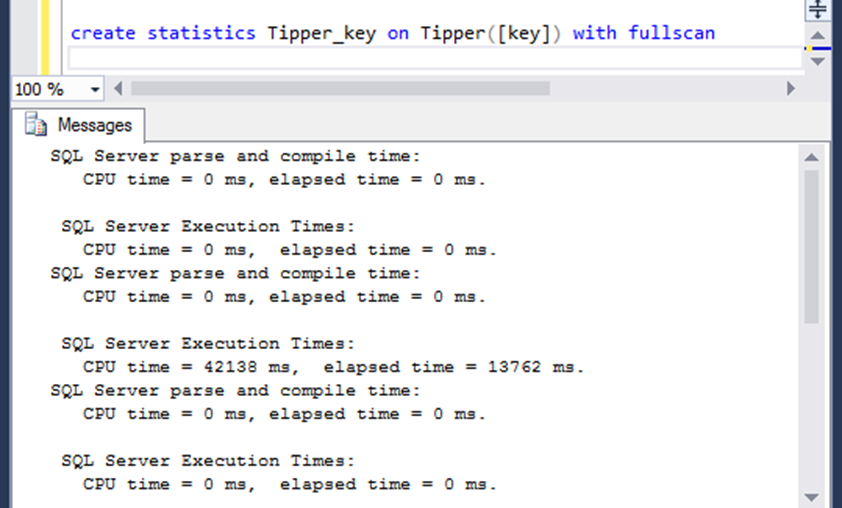 Below is what we want post-execution plans to look like when counting rows in a range - the thin arrow coming out of the Columnstore scan is a hint that predicate pushdown was successful.  I didn't specify MAXDOP in a query hint, and Resource Governor isn't supplying MAXDOP; MAXDOP 8 is coming from the Database Scoped Configuration.  The degree of parallelism turns out to be a significant factor in determining the tipping point.  The [key] column is a BigInt.  Maybe its surprising that I'm using 27213.9 as the upper bound.  But... check out the estimated number of rows :-) Again - this estimate is coming from the Legacy CE, specified in the database scoped configuration for my database.

Above I mentioned that DOP is an important part of determining the tipping point, with the cardinality estimator version playing a minor role.  Here are the tipping point values for legacy and new CE, at DOP 1 to DOP 8. 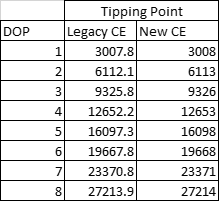 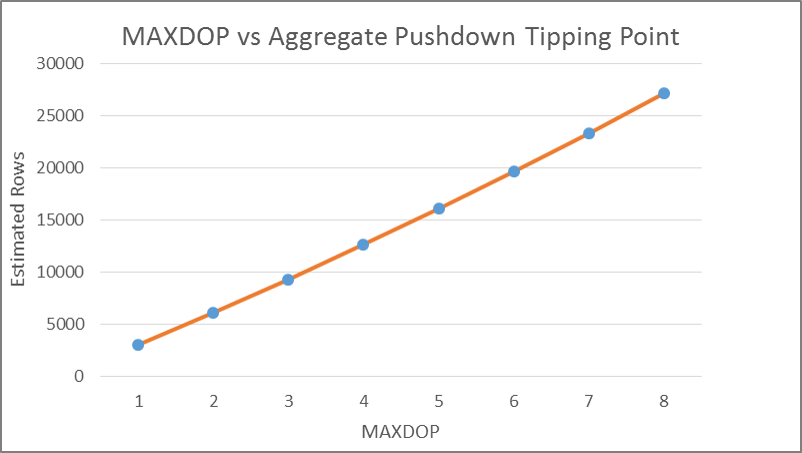 Posted by SQL_Sasquatch at 7:54 PM No comments: